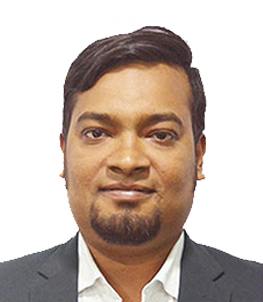 Jahangir Hossain Uzzal started his career in 2010 as an IT Support Engineer. He drives his career by gathering extensive IT experience. Being an IT engineer he developed so many projects by his single projection and contributes a huge in the IT/ITES industry by his various system development of versatile soft tools, which made the process so easier for operations. However, he joined with FIFOTech in 2013 as a Manager, Operations and mainly managed the contact center operations along with total IT management. Later he becomes an Additional General Manager in the same place for his success ladder and playing a major role in the overall process of the whole office. He has contributed a lot to FIFOTech and contributing also by his huge expertise. With his development portfolio, he developed and easier the contact center process very user-friendly which assist a call center process very smoothly in every step as well as planning areas of improvement or development.